La Lucha con El Texto (the struggle with the text)

As we do the English translation of Horacio Kalibang by Eduardo Holmberg, (an amazing robot story written in the 1800's in Argentina), I realize that every translation is a poetic and interpretive act, characterized by struggles with the text and the subjectivity of the translator. So I made this logo "La Luchadora del Texto" to signify our struggles. Anywhere you see it you will see where we are struggling.

And here are some of our struggles.
1) Ana and I took some liberties with the text in the first section. The narrator, Fritz apologizes to the reader directly but in the 3rd person. This type of aside is common for Victorian writing. "Razón tendra el lector, y mucha, para quejarse por la extraña introducción que me he permitido regalarle.." (The readers will be right to complain about the strange introduction I have allowed myself to give them). Technically we should be saying "the strange introduction which I have allowed myself to give him". But for now at least, since there are two women translating, (and working quite hard I might add) we are using the gender neutral "them" in this instance until we can figure this out to our satisfaction.

2) Holmberg uses "pariente" regarding the narrator's relationship with Burgomeister Hipknock. The english translation of "pariente" is "relative" or "kinsman" In section 3, Holmberg uses the word "primo" which means cousin. "Para que el lector pueda apreciar la conducata de mi primo, el burgomaistre Hipknock". We decided to use "cousin" throughout, because "relative" in English is too confusing and general, especially since there are lot of relatives in this story.

3) Is Horacio Kalibang "it" or "he"? I was not sure about this when I first started reading the text. The Spanish prepositions indicated that Horacio could be an "it" or a "he" but not female. However, in Section 2, the people at the dinner party say "El hombre que ha perdido la gravedad" (The man who has lost his gravity). So from there, I decided that Kalibang was a "man" in this story, not an object.
Posted by smileypants at 7:46 PM 1 comment:

This is a science fiction story that I am translating from Spanish with help from Ana Lucía Alonso, an artist and animator from Argentina. I am going to post it section by section, and in the end I will make it a PDF and put it next to the Spanish translation on this blog. It has 7 sections, it's really more in the nature of a 15 page short story. If you have any comments on the translation, leave them on this blog posting. -sam smiley


1.
"It is completely false" said the burgomeister, raising his lips to the green cup, in which his nephew had just served him a delicate Rhine wine.
"And you believe this is outside the limits of the conceivable?" asked Hermann with malice.
"The conceivable! The conceivable! Everything is conceivable, nephew, but not everything is possible."
"So I have heard it said more than one time; but since I knew that fact  with its terrifying reality, I have come to understand that there exists strange phenomena, that human science cannot explain, and it may never be able to explain"
"Your opinion is no more than a schoolchild"
"Uncle!"
“So what? you imagine, by chance that it is possible to be something else?  Only a whippersnapper,  who denies the truths revealed by man (with his concentration and incessant application to the study of nature), and accepts the folly, exactly as you have manifested? You believe, perhaps, that I was born yesterday? Has it occured to you to suspect that you are talking with a religious fanatic who is going to confirm your preoccupations by way of beliefs or faith? No, Hermann, no; you are very wrong. But, why don’t you serve the marshal? And you, Luisa, have you lost the taste for this, after what you have heard? Kaspar, pass me the ham. Captain! Rhine wine?”
“Thank you, I have been served already.”
“Marshal, a slice of ham? Excellent, my marshal, it is the best that is made in Pomerania, with goose breast.”
The burgomeister was right. It was a delicacy, that everyone judged rigorously, without being able to declare any other result that it was exquisite, and therefore it was possible to qualify equally a beautiful woman, and a delicious ham from Pomerania.
The readers will be right to complain about the strange introduction that I have allowed myself to give them, before introducing them to Horacio Kalibang, with all the solemnity that the character and the readers deserve; but it was not possible to begin in in any other way because to enter the room in which that conversation took place, at that very moment, the burgomeister Hipknock was contradicting his nephew, the lieutenant Hermann Blagerdorff, and as a faithful portrait, I could not do anything but take the recorded words without the past history.


To continue with the story click here.
Posted by smileypants at 10:40 AM No comments: 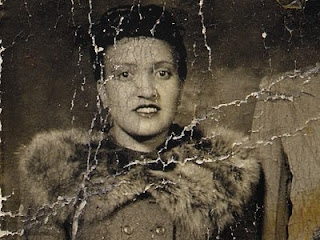 In the video that inspired this blog, INtransit V. 6: "scientific american"/La America Científica, AstroDime member Amanda Gill did a short video about Henrietta Lacks, an African American woman who died in 1951 of cervical cancer in Baltimore, Maryland, USA. Her cells were the first human cells to propagate outside the human body. As a result, many advances in medicine and cancer research have been made.

However, her family was not treated ethically after this "discovery" and was not compensated or acknowledged for their contribution. This brings up many ethical questions about what happens even today, when you "donate" a portion of your body and DNA during medical treatment.

Henrientta has not been truly acknowledged for her (involuntary) contribution until recently. However, in my mind, she is truly a "scientific american". Since Rebecca Skloot's book The Immortal Life of Henrietta Lacks, (2010) things have changed. In 2011, Morgan State University in Baltimore, Maryland awarded her a posthumous honorary degree. In Vancouver, Washington, United States, a new high school is going to be named in her honor: Henrietta Lacks Health and Bioscience High School (HeLa High)
http://www.evergreenhbsa.com/

Here are some other resources on Henrietta Lacks to learn more about her:

A foundation for the Lacks family set up by Skloot and the family after she wrote the book:
http://www.henriettalacksfoundation.org/

Fascinating BBC documentary by Adam Curtis, archived for free. The music is a little dated, but the interviews reveal a lot about the implicit racism of science in the treatment of Henrietta Lacks.
http://www.archive.org/details/AdamCurtisTheWayofAllFlesh

-sam smiley
Posted by smileypants at 6:33 PM No comments: 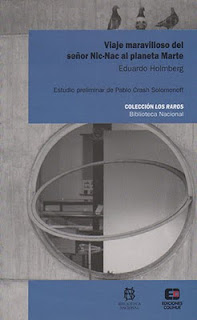